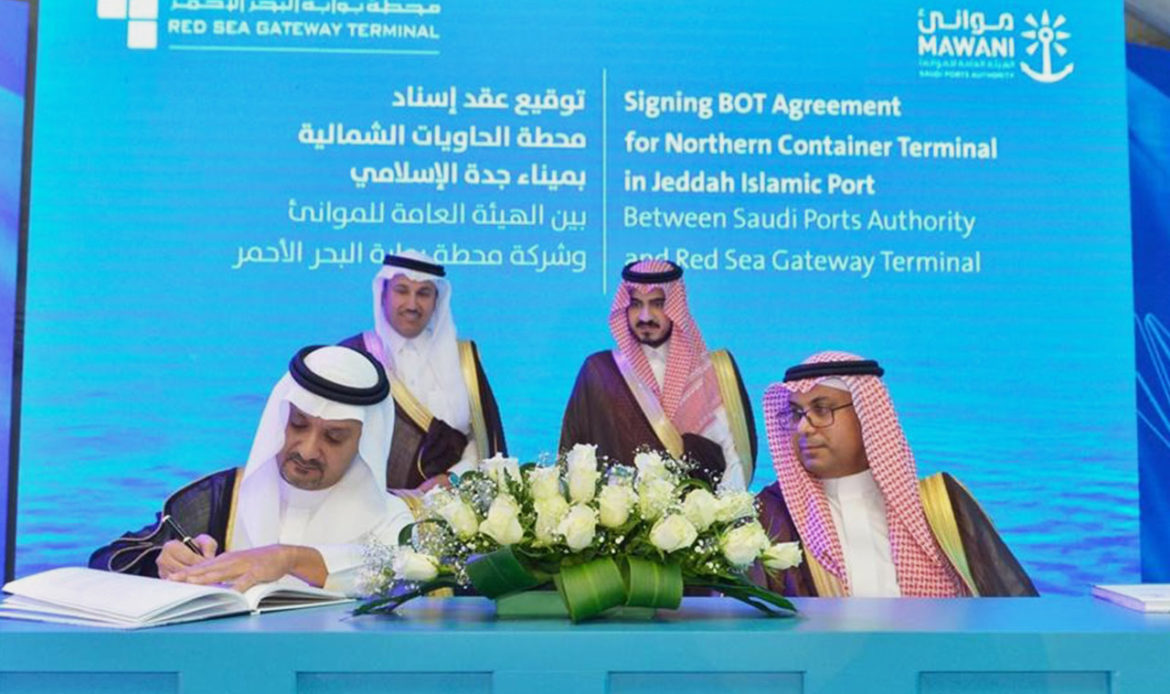 Red Sea Gateway Terminal has signed a 30-year concession to consolidate and redevelop the northern sector of Jeddah Islamic Port, including the take-over of the adjoining Container Terminal, to become the largest container terminal in Saudi Arabia and on the Red Sea.

Incorporation of the adjacent Container Terminal, part of the new 30-year concession agreement, will increase RSGT’s 2020 throughput to 3 million TEU and short-term capacity to 5 million TEU.

Jeddah, Saudi Arabia – Red Sea Gateway Terminal (RSGT) signed a new concession agreement with the Saudi Arabian Ports Authority (“Mawani”), covering the period from 2020 to 2049, which includes merging operations with the adjacent Container Terminal at Jeddah Islamic Port. Terms call for RSGT to invest up to USD 1.7 billion throughout the new thirty-year concession period in infrastructure and equipment. The expanded facility will be the largest logistics gateway, and the busiest container terminal in Saudi Arabia, and on the Red Sea, with a total annual container capacity to reach 8 million TEU.

The new infrastructure investment is part of a comprehensive plan for upgrading and adding berth capacity while modernizing the terminal yard and support facilities. The concession is a further step in the development of Jeddah Islamic Port as the strategic gateway to Saudi Arabia and the preferred hub for the Red Sea and East Africa. This expenditure will continue the ongoing expansion of the existing RSGT world-class container facility, the largest gateway terminal on the Red Sea.

RSGT is the first container terminal in the Kingdom of Saudi Arabia to have been built by the private sector under a build, operate, and transfer (BOT) agreement, representing an investment of USD 675 million. RSGT is the only terminal at the Port of Jeddah capable of accommodating Ultra-Large Container Ships (ULCS) of 20,000+ TEU capacity. RSGT commenced operations in 2009, covers 700,000 square meters, 1355 meters of berth (four berths), equipped with 14 STS cranes.