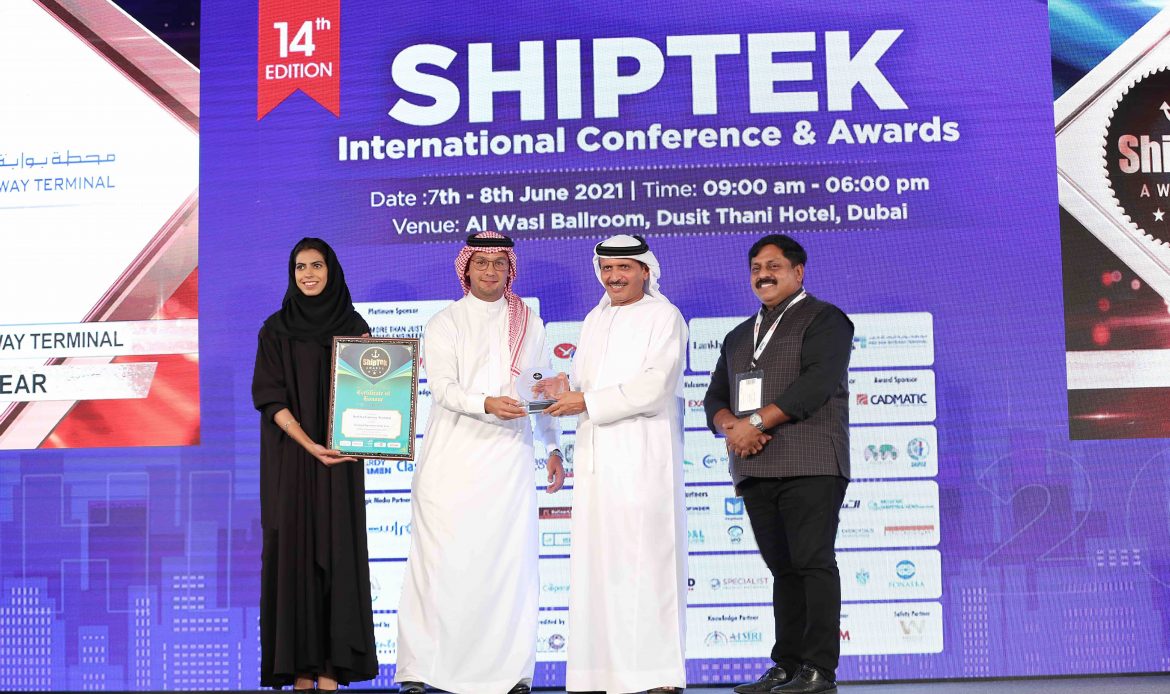 Jeddah, Saudi Arabia – Red Sea Gateway Terminal was named the winner of the ShipTek “Terminal Operator of the Year” Award at the 14th annual ShipTek International Conference on Marine, Offshore and Oil & Gas Industry. The award is in recognition of RSGT’s exemplary record of growth, service and ongoing expansion and achievements.

“We are honored with this award, which highlights the success of the entire RSGT Team and highlight the importance of this modern facility at Jeddah Port, particularly during the challenges caused by the COVID-19 pandemic”, said Red Sea Gateway Terminal CEO Jens O. Floe.

RSGT, which operates the largest container facility on the Red Sea, handled a record 2.8 million TEUs in 2020, and has embarked upon a USD $1.7 billion investment program, which will expand its annual throughput capacity at the Port of Jeddah to 9 million TEU. Earlier this year RSGT, which is a privately-owned independent terminal operating company, concluded separate Share Purchase Agreements with both Saudi Arabia’s Public Investment Fund (PIF) and Hong Kong-based COSCO Shipping Ports Limited for the sale of 20% equity shares.

Under the new BOT Agreement signed with the Saudi Ports Authority in December 2019, RSGT significantly expanded its handling capacity with the takeover of the adjoining terminal, previously known as the Northern Container terminal. The combined modern facility grew from an annual container throughput capacity of 2.5 million TEU in 2019 to 5.2 million TEU in 2021.

“We are excited by the opportunities from the new shareholder structure combined with our domestic and international growth strategy. RSGT is a modern world class facility and these factors will combined with our talented employees secure our future growth.” noted Mr. Floe.

Located at Jeddah Islamic Port, RSGT was established in 2006 as Saudi Arabia’s first private sector Build-Operate-Transfer project. With a current annual container throughput capacity of approximately 5.2 million TEU, envisaged to grow to 9 million TEU under the BOT Agreement, RSGT is providing world-class integrated logistics solutions, which serve as an engine of growth for both local and regional economies.