RSGT Welcomes the President of The Gambia 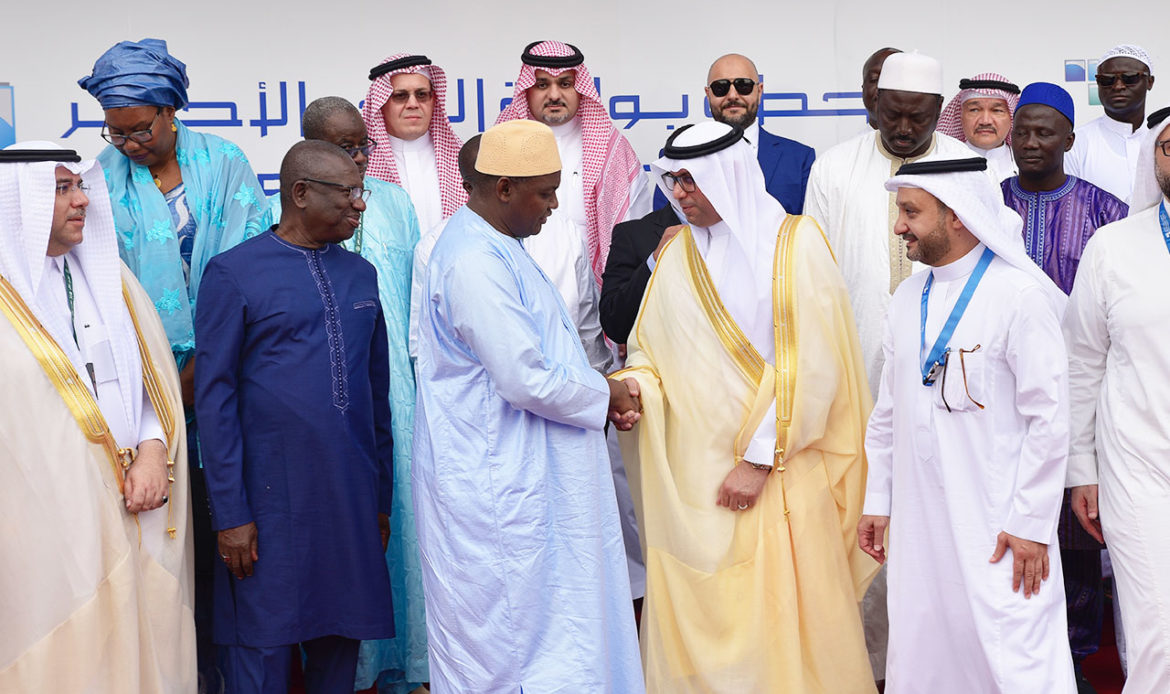 Jeddah, Saudi Arabia- Red Sea Gateway Terminal (RSGT), the largest container terminal at Jeddah Islamic Port (JIP), hosted President Adama Barrow of the Republic of The Gambia today, showcasing its state-of-the-act infrastructure, equipment and IT technology which have played an instrumental role in expanding the role of Saudi Arabia as a global port and logistics hub.

President Barrow and his delegation of government and business officials from the West African nation were welcomed by RSGT Vice Chairman, Aamer Alireza and his staff, who conducted a presentation on modern port operations and value added at the maritime supply chain sector in Jeddah and provided a tour of the container terminal facilities. The groups also discussed prospects for the sharing of RSGT business and technical expertise and experience for The Gambia’s primary port of Banjul. Located on the Gambia River, the Port of Banjul is the main trade gateway for The Gambia and has the potential to emerge as an important port hub for the surrounding region as well as the key node for the river transport on the Gambia river..

“We are pleased and proud to welcome His Excellency President Barrow, and the other esteemed representatives from The Gambia to Jeddah Islamic Port, and to the Red Sea Gateway Terminal” stated Mr. Alireza, adding “We are also very excited to explore the tremendous opportunities that exist to extend trade and cooperation between West Africa and the Red Sea, as we continue to integrate and expand our global footprint”.

RSGT is currently in in discussion with the Saudi Authorities to create the largest container terminal in Saudi Arabia, including 3,000 meters of quay, with additional investment planned to increase annual container throughput capacity to more than seven million TEUs.