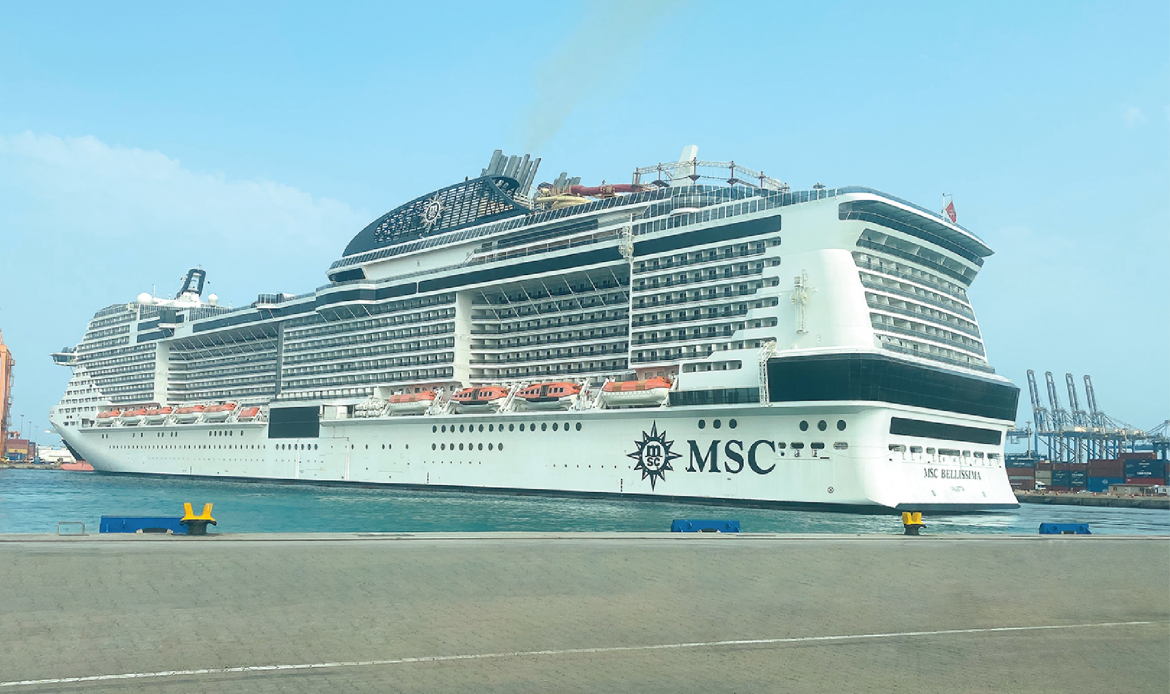 The berthing and cruise passenger facilities are part of the ongoing expansion and upgrade of RSGT and Jeddah Islamic Port.

“This is another proud and important moment for RSGT and Jeddah Islamic Port as we witness the launch of the cruise industry in Saudi Arabia ahead of the departure of the very first cruise ship from our newly expanded terminal,” stated RSGT CEO Jens Floe.

The vessel berthing and passenger embarkation will be conducted at RSGT’s expanded facility as part of the new 30-year concession, signed last year.

RSGT and Jeddah Islamic Port will serve as the home port for MSC Bellissima for the 2021-2022 cruise season.

The ship will sail 21 Red Sea voyages from Jeddah between the end of July and late October with 3- and 4-night cruises to Safaga for Luxor, Egypt or Aqaba for Petra, Jordan before returning to her Saudi homeport.

Mark Robinson, Chief Operations & Commercial Officer, Cruise Saudi, added, “This event marks a great milestone for Cruise Saudi, and indeed for the tourism industry in Saudi Arabia, in line with Vision 2030. The creation of Cruise Saudi, tasked with launching the cruise industry in Saudi Arabia, happened just six months ago at FII in Riyadh. Yet in these few months we have been able to work with numerous partners such as the Red Sea Gateway Terminal to mobilize the infrastructure, manpower and systems required to host global cruise lines for Saudi Arabia’s first full summer and winter cruise seasons. The remit of Cruise Saudi; to create 50,000 jobs by 2025, to facilitate the building of an additional five ports, with Jeddah as a homeport, and to welcome 1.5 million annual passenger visits by 2028; is an ambitious one, which will play a major part in strengthening the tourism industry in Saudi Arabia.”

“Jeddah Islamic Port is one of the most modern ports in the region, and it is only natural that it now enters a new prominent position in the cruise industry,” noted Mr. Floe, adding: “We are proud as well of our role in supporting the ongoing economic diversification of Saudi Arabia, and our expanding presence in the international port community”.

RSGT was established in 2006 as Saudi Arabia’s first private sector Build-Operate-Transfer project. Located at Jeddah Islamic Port, RSGT provides world-class integrated logistics solutions, which serve as an engine of growth for local and regional economies. More information can be found at www.rsgt.com