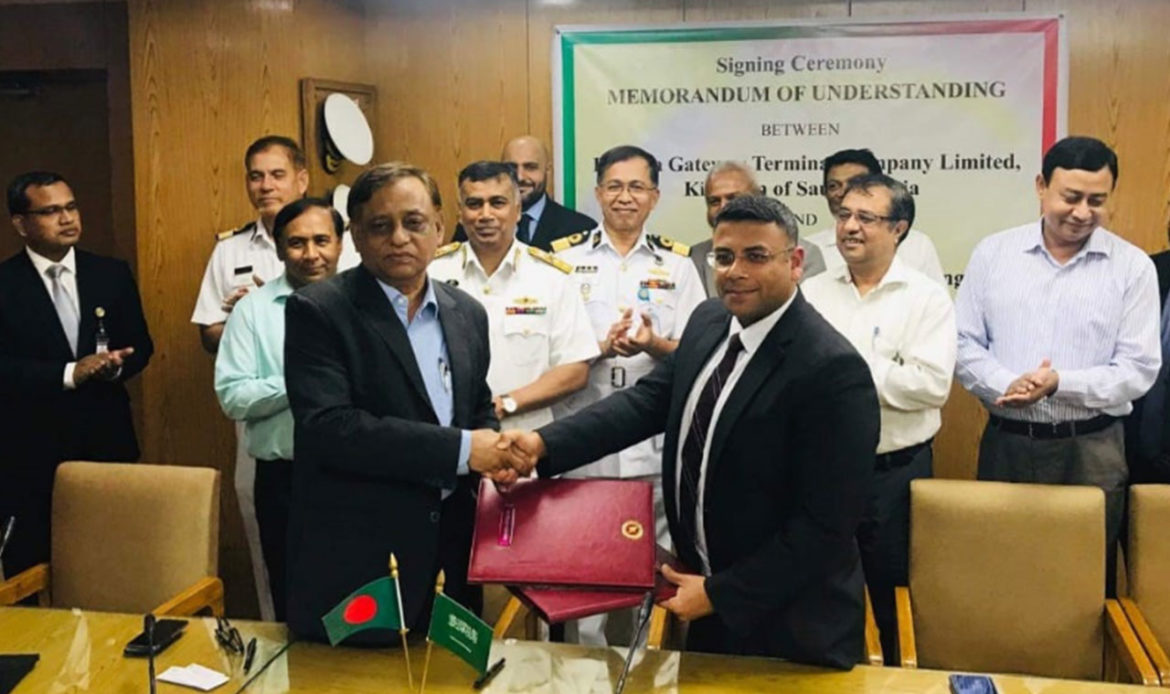 Dhaka, Bangladesh- The Red Sea Gateway Terminal (RSGT) and the Ministry of Shipping of Bangladesh have signed a Memorandum of Understanding (MOU) under which the largest terminal operating company in Saudi Arabia will jointly evaluate investments in and provide operational assistance and expertise to the South Asian nation’s expanding port sector.

Bangladesh borders India and Burma on the Bay of Bengal in South Asia, and with 160 million people, is the world’s 8th largest country, by population and one of the most rapidly expanding economies globally. Chittagong, the primary port of Bangladesh, handled approximately 3,700 vessel calls and three million TEUs in 2018. Most of the cargo destined for the capital city of Dhaka, Bangladesh’s largest city, is trucked the 265 km distance from Chittagong. Bangladesh’s geographic location between the fast-growing economies of South and South-East Asia lends itself to its regional transport hub potential.

“We are enthusiastic about the opportunities and upcoming co-operation this MOU sets the stage for” stated Gagan Seksaria, Director – Global Investments, RSGT on the eve of the signing ceremony in Dhaka, adding “Bangladesh’s remarkable trade-led growth of recent years has meant high utilization of its port and transport infrastructure making it an ideal market for investment in advanced port systems and technology”.