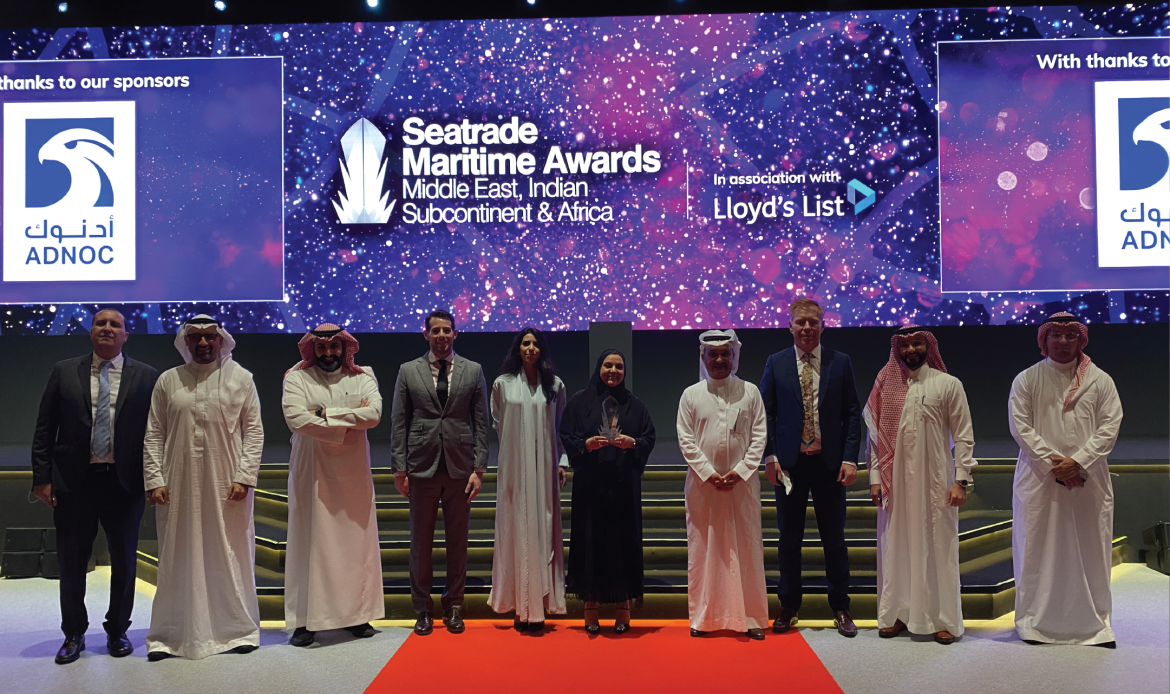 Jeddah, Saudi Arabia – Seatrade Maritime Awards cites 20% equity share sales to Saudi Arabia’s PIF and COSCO Shipping Ports as “the most significant deal in the maritime industry over the past 12 months” in the Maritime Industry, in the Middle East, Indian Subcontinent & Africa.

Dubai, UAE- Red Sea Gateway Terminal (RSGT) was honored for the 2021 “Regional Deal of the Year”, at the annual Seatrade Maritime Awards ceremony, in Dubai, for the Middle East, Indian Subcontinent & Africa. In July of 2021, RSGT announced the formal approvals and completions of 20% equity share sales to both the Saudi Arabian Public Investment Fund (PIF), and Hong Kong-based COSCO Shipping Ports Limited (CSPL). With the deal’s successful conclusion, RSGT’s founding shareholders reduced their combined majority and controlling shareholding to 60%. The deal implied an enterprise value of USD $880 million for RSGT.

“We thank SeaTrade Maritime for this award and look forward to announcing new deals to be celebrated in the year ahead”, said Mr. Floe.

RSGT began operations in December 2009, and currently handles approximately 3 million TEU annually. Annual container throughput capacity at RSGT will have grown to 5.2 million TEU by the end of 2023, with plans underway to expand to 9 million TEU by 2030. The facility can currently accommodate next-generation container ships of up to 23,000+ TEU-class capacity, making it the only terminal at JIP designed for the next generation of Ultra-Large Container Ships.