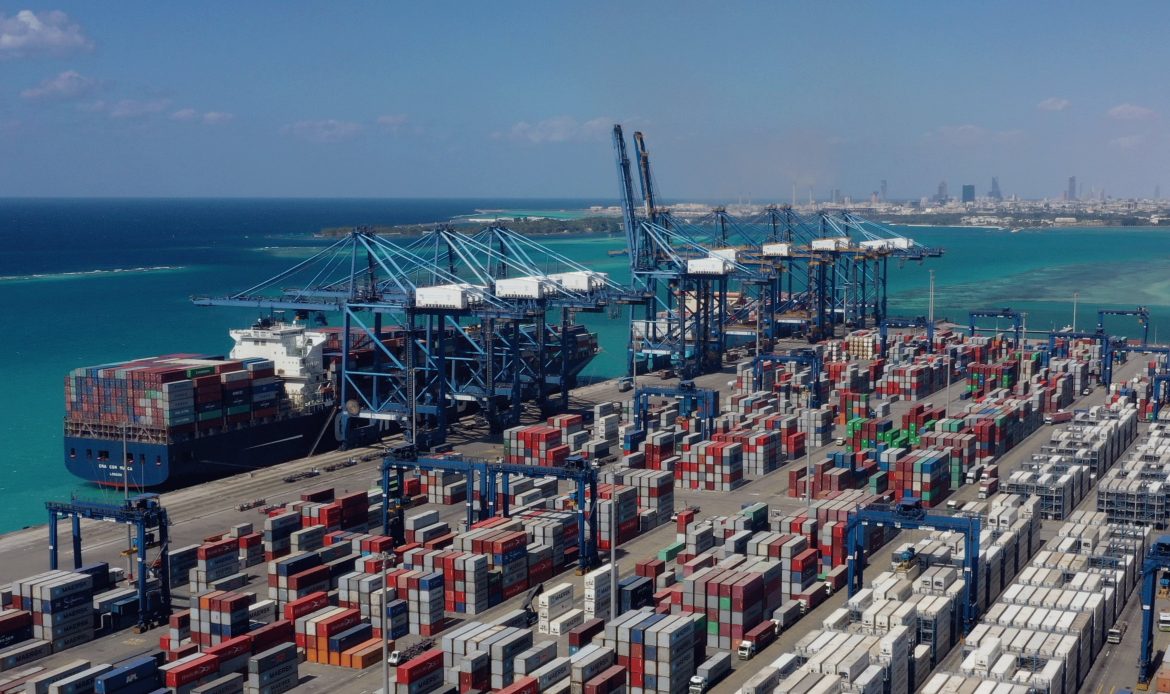 Red Sea Gateway Terminal has been selected by Bangladeshi Ministry of Shipping as the preferred operator of the 500,000 TEU annual throughput capacity facility now under construction at the busiest container port on the Bay of Bengal.

Dhaka, Bangladesh – Red Sea Gateway Terminal (RSGT), operator of the largest terminal facility in Saudi Arabia, at Jeddah Islamic Port, has been nominated over several competing proposals by the Bangladesh’s Ministry of Shipping to respond to an upcoming Request for Proposal (RFP) to operate the new USD $240 million Patenga Container Terminal (PCT) currently nearing completion at Chittagong, Bangladesh’s primary port. RSGT was officially advised of the decision of the Bangladeshi Ministry of Shipping on July 28th, 2022

The Port of Chittagong (recently renamed as Chattogram), handled a record 3.2 million TEUs in FY 2021, with 4,209 vessel calls, and is the busiest port in the Bay of Bengal, serving as the gateway for 90% of Bangladesh’s import and export ocean cargo. The majority of import shipments are destined for Dhaka, Bangladesh’s Capital, and largest city, a distance of 265 km (165 miles) distance from Chittagong. The port also serves as the main gateway for Bangladesh’s fast-growing exports including its garments trade, one of the largest globally. The new facility, being built by the Bangladeshi Government, will feature 600m quay and will be able to handle 3 vessels simultaneously augmenting the ship handling capacity at Chattogram port.

“We are extremely pleased to have been selected for this opportunity. The rapid growth of Chittagong Port’s cargo volumes necessitates further investment in modern equipment, advanced technology and building new human capacity. This project fits well with Red Sea Gateway Terminal’s competencies and its expansion strategy for emerging markets. We are very confident that, through this investment, we will be able to contribute significantly to Bangladesh’s fast-growing trade and economy” noted RSGT’s Director of Global Investments, Gagan Seksaria.

In 2017, the Government of Bangladesh adopted a “Policy for Implementing Private-Public Partnerships (PPP) Projects through Government-to-Government Partnerships (G2G)”.  In July of 2019, RSGT and the Ministry of Shipping of Bangladesh signed a Memorandum of Understanding (MOU) under which RSGT will invest in and provide operational assistance and expertise to the Bangladeshi port sector.   A further MOU was signed between the Ministry of Investment of Saudi Arabia (MISA) and the PPP Authority (PPPA) of Bangladesh, on October 28th, 2021. This was followed by the First Joint Platform Meeting between the two parties, held on February 23rd, 2022.

At the February meeting, the Bangladeshi Ministry of Shipping proposed a plan for the equipping, operation and maintenance of PCT based on the PPP Model to the Government of the Kingdom of Saudi Arabia, which in turn nominated RSGT as the Saudi investor. At present, the Government of Bangladesh is in the advanced stages of appointing a Transaction Advisor, which will provide advice on the structuring of the PPP transaction, preparation, negotiations, and final implementation of the PCT project.

RSGT was established in 2006 as Saudi Arabia’s first private sector Build-Operate-Transfer project. Head quartered at Jeddah Islamic Port, RSGT provides world-class integrated logistics solutions, which serve as an engine of growth for local and regional economies. More information can be found at www.rsgt.com